After a successful kitchen table makeover I decided to tackle our boring coffee table. Most of the wood furniture in our house has a darker stain, so this light-colored table stuck out like a sore thumb. Instead of adding more dark wood to our living room and kitchen area, I wanted to brighten it up a bit. Since a solid white table would get dirty too fast, I scoured Pinterest for more ideas. I saw several patterned tables and thought that a striped style would add a chic, modern touch while also matching our simple furniture. 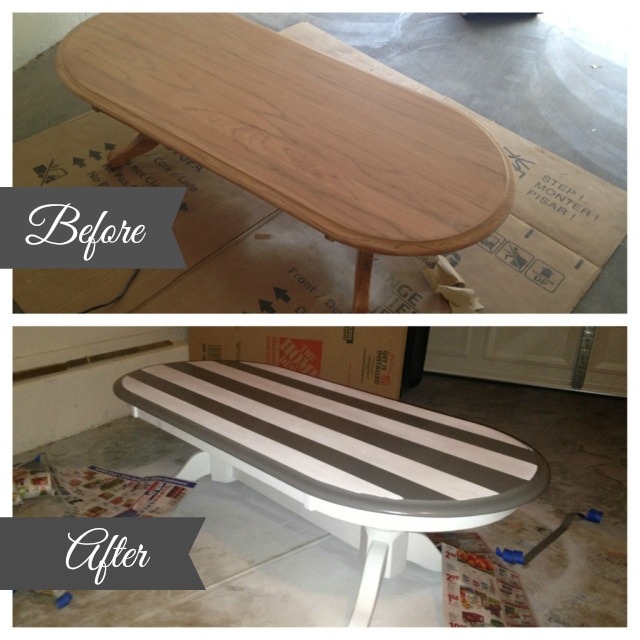 To make the table, I removed the stain and sanded it until smooth (similar to the tutorial for the kitchen table). Then I spray painted the entire table white. After it dried, I measured the stripes and covered the sections that were to remain white with painter’s tape. To protect the bottom half of the table, I used painter’s tape to hang newspapers directly under the table top (picture a hula skirt of newspaper beginning at the top of the white rim). I sprayed one final coat of white paint to secure the tape and prevent the gray from bleeding underneath. Once this layer had dried I sprayed several coats of gray, until they were solid stripes. I removed the tape after the final coat had dried and the result was a brand new table! 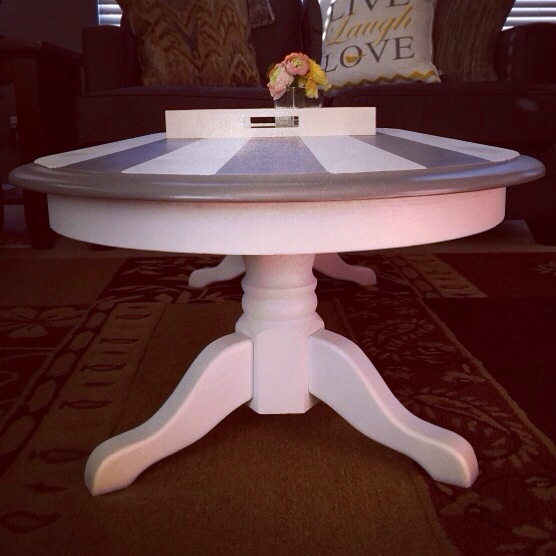 I wasn’t sure how to style the table, but I came across this tray at Target and knew it would work perfectly! The clear base allows the stripes to show through, but the white design adds an interesting detail. To add some color I bought pretty flowers and placed them in a simple clear vase. I’m also on the look out for some stylish coffee table books to place on the other side. Emily Schuman’s video about how to style a coffee table on Cupcakes and Cashmere was really helpful in visualizing the arrangements I wanted to create. 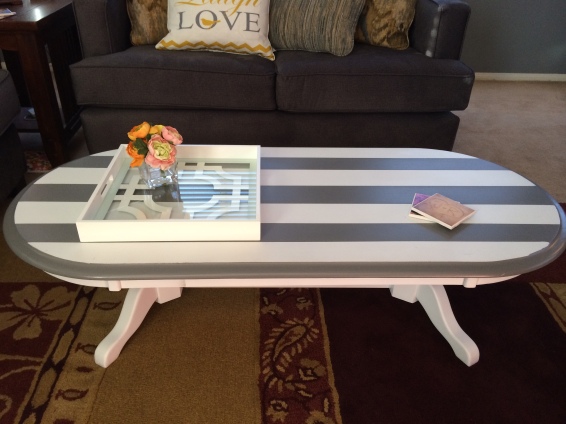 Moving in with my fiance meant acquiring some of his furniture that is far from stylish. After seven months in Vegas, we still hadn’t gotten around to buying a new kitchen table, so I decided to try a little DIY magic on a table that his parents had bought for him at a garage sale many years ago. It’s amazing what some sanding and staining can do. Intricate details that I thought were tacky now add charming character and the distressed wood (not in a trendy way…) now looks crisp and classy. Since we saved money by making over our table, I decided to splurge and buy some floral chairs from Target to complement the modern look. 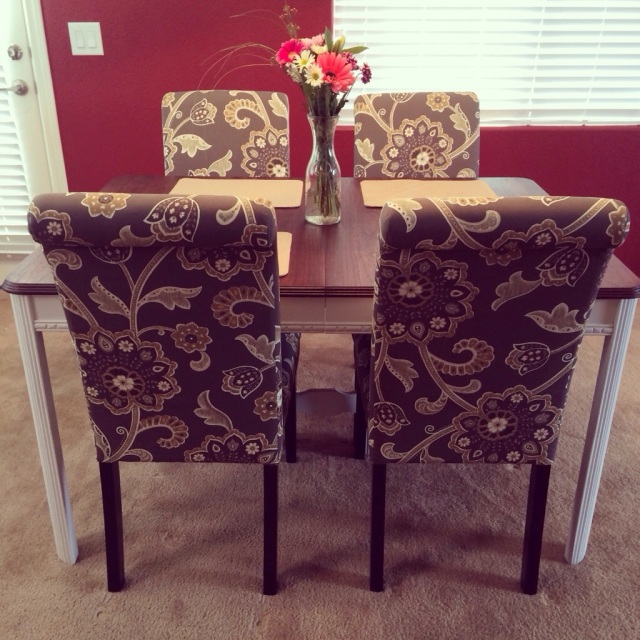 Another resolution I made for 2013 is to make some crafts from Pinterest. I pin so many projects that seem pretty easy and look really cute! The “before and after” projects are my favorite. It’s amazing how a cheap (and sometimes ugly) piece of furniture from a thrift store can be transformed with just a little bit of paint! I found this bookshelf for $6.99 at Goodwill and decided I would take some pointers from Pinterest to make a unique piece. 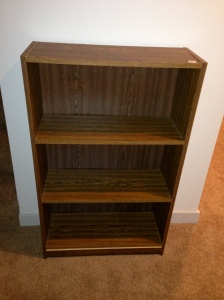 Although I was a little intimidated, it turned out to be a pretty easy project!